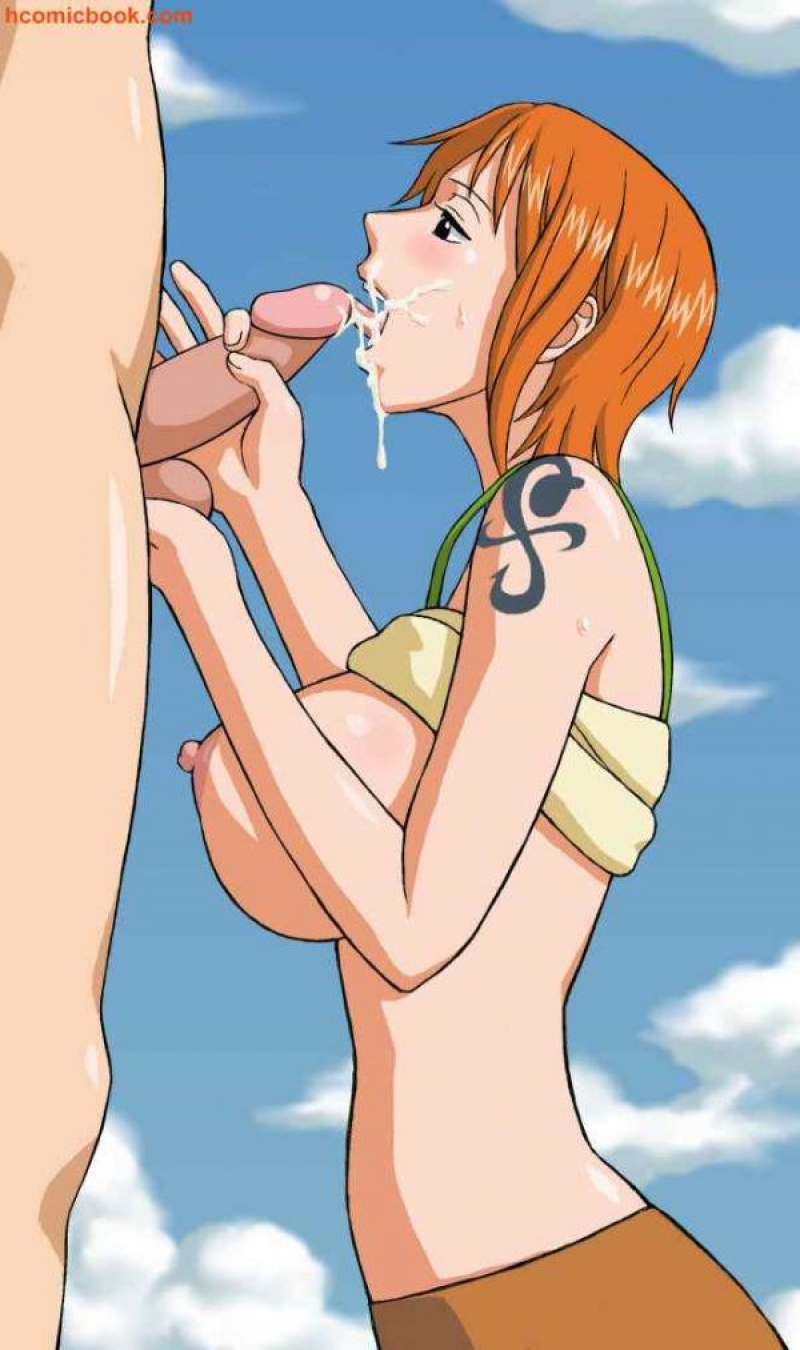 Robin smiled as she brushed her lips against his.
“Anything I want, huh?” she asked with a playful giggle. Chopper nodded as a wicked smile came across her lips.
“I want you to come to my room tonight. Just you.” she added. “I’ll arrange for Miss Navigator to leave us for the evening.” she added with a smile.

Chopper meekly knocked on the door to the woman’s quarters. The door opened up slowly and he stepped inside. Robin lay back on the beds, wearing what looked to be very little. She licked her lips as he entered, eyeing up what she was wearing.

Robin’s stockings ran all the way up to her thighs, where a black garter belt was fastened to her waist. Next were the black panties with lots of lace and little bows at each hip. Her bra too a frilly black number.

END_OF_DOCUMENT_TOKEN_TO_BE_REPLACED


“What’s wrong Robin? You’re not being all greedy today.” Chopper commented, Robin knelt in front of him, her top pulled down and her ample bosom pressing up against his rigid cock, the manhood was an admirable size, running in between her breasts and pressing at the woman’s lips. Robin didn’t reply to him, her tongue out, swirling around the tip.

“It’s been a while since I’ve had it….I’ve wanted to taste it.” Robin simply replied, her fingers teasing the tip as her tongue ran down the shaft.
“Let me have fun with your meat.” Her eyes locked with his, she smirked.

“I was so worried.” Chopper told the woman. “When you said you didn’t want to come back with us…but even though you say it’s been a while….it’s only been three days.” He ended up giggling, Robin turned away from him, her breasts pushing up against his manhood, her hands squeezing them together. END_OF_DOCUMENT_TOKEN_TO_BE_REPLACED